Marketing Tip — Always put your logo on the buoyant end of the plane. 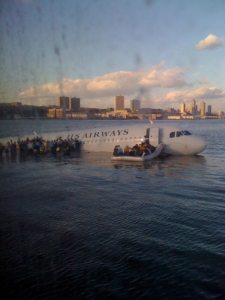 btw– Supposedly this was the first pic of the event taken from an iPhone and immediately uploaded to Twitter using Twitpic. The MSM then interviewed the citizen journalist nearly a half hour after he broke the story.

Other reports say that Sean Connery was standing near the crash mumbling something about Charlemagne and armies of rocks and trees and the birds in the sky.

3 thoughts on “no such thing as bad press?”