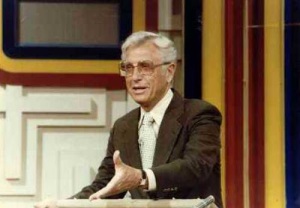 We’re sorry, but the password must contain at least one numeric character.
chris1

We’re sorry, but the password must not contain any part of your username.
chris123

We’re sorry, but the password must contain part of pi.
chris3.14

We’re sorry, but the password cannot contain the characters .^,*&~ or the number 3.
*clicks away from the site

Normally, I’m a cynic when it comes to the concept of guerrilla marketing. There are several reasons:
–As with most marketing platforms, it’s misunderstood. People call some things guerrilla marketing that really aren’t.
–Some guerrilla marketing tactics should be part of a core marketing strategy anyway.
–Many businesses performing guerrilla marketing are thinking too much about the low-budget part rather than how it could be effective
–Too many times in addition to low/no budget :: there’s low/no creativity
–There’s typically no objective at the start :: or tracking at the end
–But the big reason that I’ve always been mistrustful of guerillas is that is seems like you’re urinating in the ocean. Sure, you’re doing something. But is it enough to make a difference?

So as I’m walking around a college campus today putting up flyers, two things keep ringing through my head:
1) Is this really going to be enough to make an impact?
2) People look at you weird when you’re packing an old school Swingline stapler around on a college campus.

For many people who are starting a business, the first step of planning involves a call or online order to Lands End for the embroidered shirts.

Their next step is spending gi-normous amounts of cash with lawyers, branding consultants, and setting up accounting systems that have no cash in them.

Sure, you need legal, accounting, and marketing support when you’re in business.

But when are you “in business”?

Easy. It happens when someone gives you money.

Everything else up to that point is just playing house.

After taking some time to absorb the experience and decompress, here are a few scattered thoughts on Barcamp Nashville.

There’s been a healthy discussion going on (like here and here) about how it wasn’t a “real barcamp”. While I tend to agree that it wasn’t necessarily an “unconference”, it was a pretty good conference. I benefited from most speakers and most of the conversations. There were times I wished the speaker had been given more than 20 minutes. (There were also times I wished they had been given only 10)

The entire day had the trappings of a Nashville entertainment event right down to the venue. Each city’s barcamp needs to have its own flavor. And there was an unmistakable Nash-Vegas flavor at this one.

As several have said, it was a good first step for Nashville. Sure, it wasn’t the freeform open source event that some had expected. But are most people ready for that? While you can argue the point of the wisdom of crowds philosophy that all of us are smarter than one of us — you have to remember the mob mentality of all of us are dumber than one of us. People are comfortable with the “powerpont-a-rama” delivery from a high stage and a spotlight. Since I make a decent buck by doing just that, I (and many others) liked the day.

I was a bit leery about being the first speaker since I was used to the normal one-to-many delivery and I wasn’t sure if the crowd was expecting the freeform style or not. But I’m glad the organizers had me kick it off. There was a good crowd and everyone was receptive. There’s been some good talk in the b-sphere about my presentation. I appreciate all the comments.

I do wish that I had been able to roam a bit more while speaking. Normally when I speak, I like to walk around and get down with the audience. The stage setup with the screen, corded mic, and R2 made it impossible to do so. I felt a bit tied to the podium. It’s one of the few times I’ve delivered an entire talk standing behind a lectern.

Another suggestion for the future — since everyone was twittering, that would have been the best way for people to ask questions/discuss at the end of each presentation instead of the awkward floating mic setup. The presenters could just glance at the questions at the end and answer them.

And two quick final observations —
–Even though there were lots of people there who are on the cutting edge much more than I am, I think I introduced many people to a new web app (Slideshare)!

–Reading through other’s posts on barcamp, I notice this alot — “I really enjoyed meeting Blogger X andBlogger Y for real and in-person instead of just having an online relationship.” It just goes to show that for all the progress and connectivity of “web 2.0” — people still want a personal connection.

Barcamp Nashville has been interesting…..with neat speakers, great people, and a warm room (in more ways than one).

I had planned to liveblog while I was here, but I’ve had some wi-fi trouble. 60 has been posting and the twitter page offers a good snapshot.

Update: Gavin fucntioned as somwhat of the nashville barcamp scribe and said some nice things about me and Mitch Joel.

My photos (and everyone else’s) can now be found using the flickr barcampnashville tag.

I’ve had several people come up and tell me they enjoyed my presentation. For anyone who wants to see them, my slides are at: http://www.slideshare.net/shotgunconcepts

When I was in college, I and a friend accidentally wound up in Memphis on Aug 16. It’s very interesting. Lots of interesting people. Lots of corny stuff. Everything at the Graceland complex is exactly what you would imagine it would be.

And if you say the name Elvis to almost anyone, they will know what you’re talking about.

However, Elvis stopped “managing” the brand 30 years ago.

It’s a good example of what a brand really is. A brand is created by the people that use it.

Did Elvis (or Colonel Tom) ever want the brand to be associated with cheesy impersonators or peanut butter banana sandwiches?

Would they be happy that the brand is still alive, massively strong, and generating money?

Maybe you should do with your brand what Elvis did with his. Let the people have it.

Most of what you think is incredibly important about your product/service is meaningless to the people you’re trying to talk to.

Most marketing fails because you’re trying to solve your marketing problem rather than the problems of your consumers.

Only 2 more days until Barcamp Nashville.

You can still register here.

1) Had lunch with the wife at the chain fishmonger yesterday. We got a survey on our receipt to take and get $2 off a future purchase. I have attempted to call the 800-number on the receipt to take the survey numerous times. The number has been disconnected.
–Since they’re promoting this survey as a fabulous way to reach out to customers, it seems they should make sure the toll-free number works.
–Or look into this new thing called the internet where I could take the survey.
–Or if you can’t get it to work right, STOP PRINTING IT ON THE RECEIPT.

2) We’re planning to take a trip to the Redneck Riviera this fall. (Travel tip: Always go to Florida during hurricane season — it’s cheaper and less crowded — just make sure you hold on to your hat tightly)
So tonight, I called Mr. Gaylord who has the choke hold monopoly on beds in the area to reserve a condo.
—I call instead of using their online system because their massive website doesn’t work right and doesn’t allow you to sort properties by what you actually need to. Plus it seems they’ve purposefully made the pricing on the website confusing.
— In addition to the base rate, they’re charging me a “reservation fee” to make the reservation.
–Add this to the $50 damage waiver fee that I can’t get back even if I don’t trash the room.
–You’d like to use your discount promo code we emailed you that said it could be used on any reservation? Sorry, it’s can’t be used in conjunction with these basic accommodations you’ve requested.
–I don’t understand this at all — “Check-in time is after 3:00 p.m…..however not all units will be ready for check-in promptly at 3:00 p.m. We ask for your patience and suggest that you have alternate plans available between 3:00 and 5:00p.m.in case the unit is not yet ready. “
Mmmmm — I think I’ll check out about two hours after their published checkout time and say that the cleaning lady should make alternate plans while I sleep in.
You should really read their terms and conditions to feel the love of how much they want your business.

There are people who are willing to give you money. You should really try to make it easy for them to do so and make them want to have additional experiences with you. Or maybe even tell their friends that they should spend money with you. Hidden fees, disconnected toll-free numbers, and legalese that beats up your customers is not a way to win long-term.

I shouldn’t have to tell you this.

In my hometown, there’s an annual downtown event that celebrates different nationalities. During this celebration of different cultures, there has been a three-on-three basketball tournament, “Teen Idol” competition, and they sell lots of funnelcakes and corndogs. The organizers say that the festival really shows the international flavor of the community.

The question is: Is it a celebration of ethnic cultures — or a circus/carnival?

A couple of years ago, the A.D. at the local college was excited about the fact that alcohol was now allowed on campus during certain sports event. He was bragging about increased attendance at the baseball games. He said it was because people were really behind the team.

The question is: Are you running a collegiate athletic program — or a bar?

A radio station decided it would be a good idea to sell sponsorships to their advertisers on refrigerator magnets that had emergency numbers on them. It was a huge success. But the sales manager can’t figure out why sales are down on radio airtime.

The question is: Does a media outlet sell quick-profit gimmicks and promotions — or their media reach?

There’s nothing wrong with carnivals, bars, and magnets. But you have to be true to your core mission if you want to be successful in the long term.

Because a few of those people attending the ethnic festival want to see the mariachis, eat an egg roll, and watch the spanish dancers. Each year as the corndog crowd grows, these core users will fade away. And then what will the organizers be left with?

It’s dangerous to look at this week’s sales numbers or attendance at the last ballgame and try to figure out a gimmick to get them up for next time. You might see short-term gains. But make sure your short-term gain isn’t killing your long term prospects.